The spread of wrought iron has historically been difficult. The first evidence of the use of iron dates back to 4000 A.C. and undoubtedly the age of iron constituted a huge step forward for man. In ancient times, Sumerians and Egyptians limited themselves to the manufacture of small objects such as spearheads or arrowheads. The history of wrought iron was born many centuries later, when it was realized that the mass of molten iron had to be heated again and then forged and shaped. The figure of the blacksmith became progressively more important and in Roman times the field of application was diverted from the military to the civil sector.

Although metal tools and weapons have been known for a couple of millennia, the use of iron for non-common objects and for architectural decorations is decidedly late compared to other forms of crafts such as woodworking or ivory . The discovery of the hot ductility of iron and its infinite artistic possibilities gave rise to the East the genre of wrought iron. In Europe, France and Spain started first in the twelfth century to beat and shape the iron in circles, squiggles and scrolls but later, in the Gothic era in France and in the Renaissance period in Italy, peaks of excellence were reached especially in religious art . From here in the following epochs it spread also in the other countries.

Although the magic of wrought iron has had periods of obfuscation in the course of history, technological progress has not succeeded in putting aside this beautiful art and it is the affirmation of the Art Nouveau style that definitively consecrates production in the modern era.

We at Gaia consider ourselves as poets in the processing of wrought iron. Every day in our forge we transform the raw material into real works, giving life and shape to ideas and projects that were previously unimaginable. Thanks to the ability of our artisans who with hammer, anvil, skill, experience and fire create artifacts that pass on and innovate, always with respect, the techniques of the past. 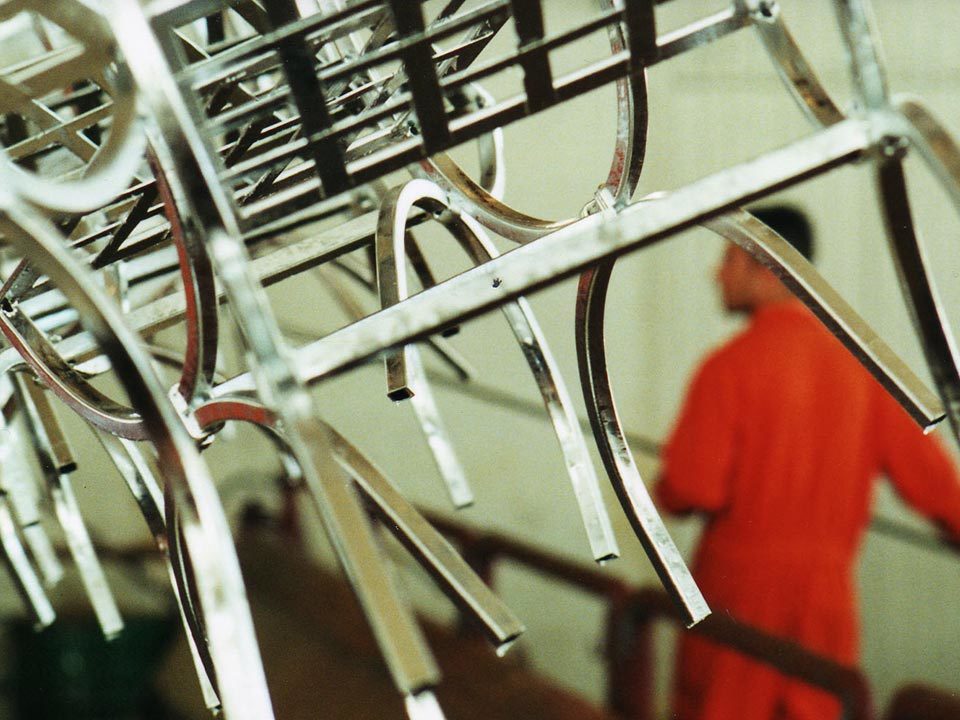